How can I get help? How can I contribute?

We use GitHub for all forms of discussion. If you find bugs, need help, or have any suggestions, please create a new issue in the issue tracker.

If you absolutely need to keep something private, you can contact blinry by mail.

What is Timelens all about?

And second, they are useful: When you integrate them into actual video players, you can use them for navigation! With a little practise, you can differentiate scenes, and skip to parts that interest you. In a talk recording, you can see when the slides change, or where the Q&A begins. We think this makes video navigation more efficient, precise, and active. 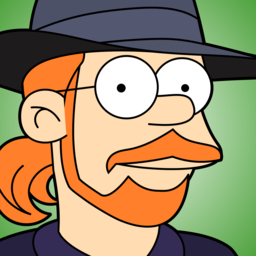 The Timelens project (formerly known as nordlicht) was started by blinry, a computer scientist, programmer, and designer from Germany. They are enthusiastic about free licenses, food, and minimalism, and value autonomy, creativity, and curiosity. They has attended a scientific workshop on Origami in the Caribbean, backpacked through Japan, and is drawing algorithm assembly instructions.

When they stumbled over the moviebarcode Tumblr in 2011, they immediately wanted two things: An efficient tool for generating these "visual timelines" himself. And a really good integration into video players, so they could be used for navigation!

Supported by the Prototype Fund, they could make that vision a reality!